OER Around the World: Next Stop, Greenland

The University of Greenland and its institute for educational sciences, Inerisaavik, have been leading a project to make information communication and technology (ICT) standard in European schools. The project, Open Discovery Space (ODS), aims to reinvent the educational ecosystem and provide teachers with better tech access in this digital age.

When it comes to integrating open educational resources into curricula, schools throughout the West can face similar challenges, among them technology-infrastructure restraints, resistance to change at the classroom or institutional level, and limited digital literacy among students. A country such as Greenland must overcome a few even-greater barriers to digitizing education.

The ODS Workshop found that some factors keeping Greenland’s teachers and administrators from adopting OER are similar to those of other European countries: not-invented-here syndrome, lack of OER awareness, and lack of knowledge about the intricacies of intellectual property rights, copyright, and licenses. Other problems are culturally and logistically unique to Greenland. Broadband access in the country is still very expensive in more isolated settlements, and translating OER to Greenlandic is a must because of how many monolingual teachers and parents live there. ODS is working to engage the country’s education stakeholders on how to improve digital tools, solutions, and services for young people, increasing their employment options while also tackling the challenges of digital and socio-economic exclusion.

What’s working in Greenland’s favor is that the country’s ICT and educational policies are very favorable for OER integration. Several national efforts have been launched in Greenland to facilitate OER implementation, such as the use of learning management systems and the creation of mobile-learning projects. Schools continue to discover how OER can provide high-quality education for diverse groups of learners. However, OER advocates must help institutions localize these resources, presenting them in native languages and incorporating learning activities that mesh with the cultural attributes of communities and the individual students living and learning within them.

Edtech is Widening Skills, Achievement Divides. Why Not Narrow the Engagement Divide?

Despite efforts to provide technology access to poor and minority students and narrow the “digital divide,” educational tech may not be leveling the playing field after all.

A recent Hechinger Report story focuses on research conducted in two polar-opposite Philadelphia neighborhoods over a 10-year period. Susan B. Neuman of New York University and Donna C. Celano of LaSalle University studied academic and economic inequalities between children from affluent Chestnut Hill and those from struggling Kensington. They explored how kids used computers at public libraries, where they discovered just how differently poor and affluent students took advantage of the tech resources.

Chestnut Hill kids often went to the library with adult family members, who sat with them and answered questions or directed them to educational material. In contrast, the Kensington children tended to lose focus and interest while using the computers, and parents didn’t usually guide their children’s online learning.

Why not attempt to work with the way that less-advantaged students prefer to interact with content: via entertainment or games? Why not try to meet these students on a 1:1 basis, as opposed to the one-size-fits-all approach?  Open educational resources (OER) for “productive gaming” could provide a solution; otherwise, poorer kids will fall further behind.

What if we developed an OER-based “Google Search Game” designed to support game-loving students in becoming more effective explorers in our knowledge economy by using tools that make the most sense to them?

Perhaps we also need to curate materials in OER repositories the way the best instructors do in prosperous classrooms—based on context, learning style, and skill level. This would give less-advantaged students access to higher-quality digital learning resources that narrow that “engagement divide” and the skills and achievement gaps—i.e., that foster and achieve “deeper learning” (expanding what students learn, deepening the experience through which they learn it, and improving the benchmarks for measuring their knowledge).

The William and Flora Hewlett Foundation believes that “OER provide a powerful means to grow the impact of Deeper Learning” and supports grantees such as Expeditionary Learning who are developing Deeper Learning OER resources. 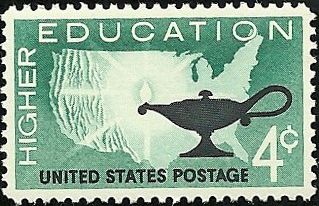 When it comes to digital innovation in education—especially as it relates to Open Assembly’s mission with regard to open educational resources (OER)—here are the three sections worth checking out.

1) Section 795E recommends an innovations fund for minority-serving institutions to boost student success, in part, by assessing the needs of any given institution, then researching and prototyping educational innovations that can improve student outcomes. Those innovations can and should include OER and digital content.

2) Section 796D offers grants to states that are able to greatly increase access to higher education for and foster the success of low-income students by 2020—especially students facing such barriers to college as having no high school diploma and working more than 25 hours a week. To qualify, states have to present plans that, among other things, promote technology to increase personalized learning and student retention. This includes blended- and flipped-learning innovations.

3) Section 932 outlines ways to provide accessible learning tools to students with disabilities, though we believe that the recommended reforms must apply to all students. The proposal calls for efficiently developing and delivering these materials to post-secondary students with print disabilities, such as open textbooks and other digital resources. States would need to compete for public or private grants and contracts to implement these improvements.

The House and Senate have their mark-up period in the weeks ahead, during which they’ll add amendments to their respective proposals before they leave for their August recess. Ever a hopeful bunch, Congress hopes to vote on the Higher Ed Act reauthorization before the mid-term election.

One of the high points for me at the Open Ed Conference was listening to Audrey Watters deliver her brilliant keynote. Audrey took on the language of the Apocalypse that dominates discussion and innovation in the education technology space, and took us on quite a journey.

You can enjoy it here.

A Twitter chat for adjunct, contingent, part-time, visiting, and non-tenure track instructors, along with their allies, in higher education.